Nearly all Association waters have pike present; and as you would expect, some are better than others for the predatory pike. To the North & North West of Exeter there are the Rivers Exe, Creedy & Culm, all hold good numbers of pike and regularly fall to static, or wobbled dead bait, perhaps the most popular method is roving with artificial lures. The River Culm frequently produces fish in the 10-15lb bracket with the occasional larger fish also caught, the more popular areas being either Beare Gate or Silverton.

Moving down to the lower reaches of the Rivers Exe and Creedy; E&DAA fishing rights on both of these waters starts at Cowley Bridge with the River Creedy and River Exe both running parallel to each other with the more popular pike fishing area being adjacent too, & downstream from St David’s Station. This area can produce specimen fish, especially after heavy rain when the river is returning to normal conditions, fishing in the many bays or slack water being the most productive.

Downstream from Head Weir (adjacent to the Mill on the Exe pub) and through the town stretch (Shillhay) there are plenty of fish present from jack’s to low doubles with the occasional twenty. Sadly, this area is very rarely fished; this being due to its central location, concrete banks and the many people, bikes, boats, swans, ducks, seagulls, geese, dogs and kids that also frequent the area!

Still on the Exe, downstream to the Association’s Weirfield fishery, here you will find a good head of fish present, in fact, the record River Exe pike came from Weirfield caught by local angler Mark Walker with a 26lb fish. Downstream again and you come to the Countess Weir Fishery, from here the Exe becomes tidal, this makes for a challenge to the roving pike angler, the rewards are great however, with numerous doubles and twenties available from all tidal areas.

Last, but by no means least we have the Exeter Canal, considered by many as Devon’s (if not the South West’s) premier pike (and carp) water with an established and enviable track record with numerous 20’s and 30’s being reported, the canal record currently stands at a cracking 30lb.12oz. This unique waterway is some 6 miles long with an average depth of 12 feet throughout, these characteristics alone can deter some anglers, yet pike are frequently caught from all areas with many a surprise in store for the adventurous, roving angler. All conventional pike fishing methods are effective; be it lures or dead baiting, wobbled dead baits have proven to be effective in the summer months as well as top water lures and rubber shads. Many regular pike anglers prefer static fishing whilst others prefer roving tactics, both however, can prove to be successful on the day.

Other Association waters such as Abbrook Pond hold small jacks and low doubles; piking on this venue however, can be extremely hard work for the specimen angler, therefore, one of the waters as mentioned above could prove to be a more productive option. 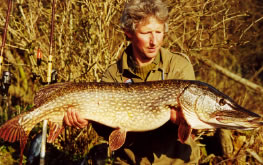 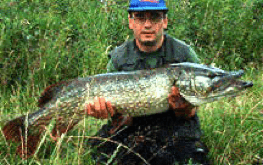 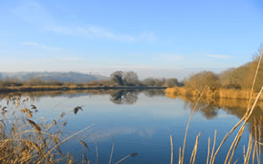