Both of these rivers are relatively under fished waters despite their close proximity to Exeter and the quality fishing available on the two adjoining rivers. There are anglers who take advantage of the fact that both waters are extremely close to each other and walk across the small field separating the waters and fish either the faster flowing Exe or the slower moving Creedy.

River Creedy: Offers all species of fish with carp, chub, dace and roach, the latter being the most prominent, there has have been reports of the occasional large carp being caught from the deeper water. The favoured tactic for the silver fish during the summer months is trotting with a waggler or stick float using maggot or caster. Whilst not known for its pike; there have been reports of big pike taking lure and dead bait; for the adventurous angler the Creedy can throw up a surprise.

If you like slow moving river fishing then the above would be ideally suited, if however, you prefer to fish a faster flowing water then a short distance away and running more or less parallel with the Creedy is the Association’s other water at Cowley Bridge – the River Exe, walk across the field to the river exe.

River Exe: on simple tackle, with maggot or flake proven to be effective baits. Due to the low angling pressure and high levels of natural food, both rivers has the potential to produce quality fish.

Directions: From the city centre take the Tiverton/Crediton Road (A377), approximately 2 miles out of Exeter you will come to a mini roundabout where you can go left on the A377 for Crediton and straight on the A396 for Tiverton, do not go on either of these roads, instead you will need to park in this area. Once parked, walk over the first railway/river bridges on to the Crediton road and after approximately 30 yards there will be a gateway on your left, go into the field and go left for the River Exe and right for the River Creedy with our boundaries as given below. The key code is 0400 to open the lock.

Boundaries: River Creedy: left hand bank down from the second Crediton road bridge, with the lower boundary being where the Creedy meets the River Exe. NB No fishing is permitted between the weir and the far end of the ‘island’. River Exe: from the first Crediton road bridge, downstream, right hand bank, with the lower boundary being where the Exe meets the River Creedy.

WARNING: Beware of power Lines on this water. 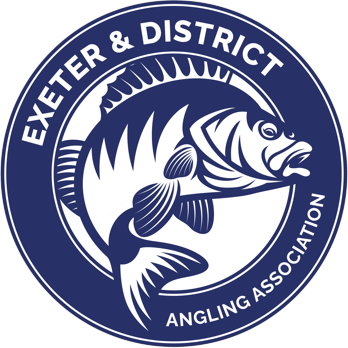